What to do After a Car Accident 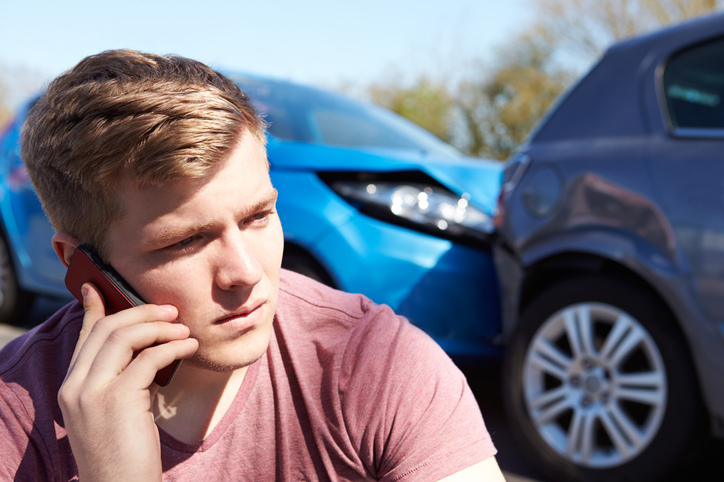 What to do After a Car Accident

Imagine it’s a typical Monday afternoon. You’re on your way into town after taking your grandmother to her doctor’s appointments, and so far, it has been a decent day. You’re approaching an intersection when all of a sudden, you see a car drifting over the lane line as you pull up next to them.

You honk to try to get them to pull back, but they keep coming. You’re surrounded by cars, so there’s nowhere to go. There’s an impact, and you’re dazed. You sit there for a moment in disbelief. Did that just happen?

Sadly, this isn’t just a hypothetical scenario; it’s the story of the first time I was in a car accident.

Getting into a car accident is a nightmare. Hopefully, if you’re ever in one, it all goes smoothly, and no one is hurt. Even when there is a minor accident, you can get screwed over despite doing everything right. Trust me; I know what it’s like to get into a fender bender and be left struggling to figure out what to do and how to handle the car repairs, liability issues, etc.

The first thing you want to do right after is make sure everyone is okay. That’s a no-brainer. If you can move your car, you should get to the side of the road and flag down another car so they can act as a witness for what happened.

This is where I messed up, I wasn’t at fault, but I was too shaken up to think about having a witness and naively assumed the other driver would fess up to their responsibility in causing the accident. That’s pretty common actually, people don’t want to have to pay their insurance more, so they’ll flip the story around later on to make it sound like you were the one at fault.

I cannot stress how important it can be to have a witness. Having someone outside of your car who can vouch for what happened can be the difference between you getting blamed for the collision and you getting paid for the collision. If you ever witness a crash, it can be shocking but try to keep a cool head and step up as an official witness if you are able.

If you aren’t sure what to do as a witness, GEICO has a helpful page on their website you can check out.

Once the initial shock has worn off, you’ve made sure everyone is okay, and a witness has stopped, it’s time to start getting information. If the witness is okay with it, you can take a recorded statement and get their contact information. You should also call the police if you haven’t already. If no one is hurt, you can dial 311 instead of 911 for non-emergencies.

Once the police have shown up, they should hopefully take the statements of everyone involved and any witnesses and start a police report. If the officer says this isn’t necessary, you might want to insist on it anyway. I wish I had. Without police involvement or a witness, the situation quickly turns into your word against the other driver’s.

Once you’ve left the scene- hopefully in one piece and with your own car- you should write down everything you can remember about what happened. The time, location, who was involved, what kind of car they were driving, if anyone stopped, the name of the officer(s) who arrived on the scene. You will want this information for the police report and for insurance.

You can also consider contacting the police for a transcript of any 911 calls made if another vehicle called them. Even if the accident wasn’t a serious one, people will still call 911 to report it. Unfortunately, these 911 calls don’t often contain an account of what happened, so they won’t necessarily be helpful. Never hurts to check.

With your notes on what happened next, you can call your insurance. If you’re not sure how to contact them, there is usually a phone number on the back of your insurance card. It might be a day or two, but an adjuster will contact you to hear your side of the story and ask for any information or proof that you have to back it up.

Once you finish speaking with your insurance adjuster, they will decide who holds liability for the accident. You will need to repeat this process again for the insurance adjuster of everyone involved in the accident too. The other adjusters will probably ask more pointed questions, trying to gauge if there was any way you caused the accident instead of their client.

You may have multiple conversations, and they’ll record your statement (but they won’t let you listen back to it later). Eventually, they should let you know what they’ve decided as far as liability goes. It is obviously easier to fix your car if they take liability, so you want to be as prepared as possible to prove you weren’t at fault. Insurance doesn’t like to pay for drivers who are at fault.

You can also go to your insurance agent for help on what to do next. If you can’t drive your car, they’ll know if your policy will cover a rental car until yours is fixed, or they can help you pressure the other insurance company into providing one for you after they’ve ruled you were not responsible for the accident.

While you are driving your rental car, you should also make sure to get your car into an auto body shop for an estimate and repairs for damage caused by the car accident. Your insurance adjuster will contact the shop and send over paperwork about your car and have them call you to set up an appointment.

Before you go in, make sure you understand which insurance the bill will be going to for repairs! If you have a deductible, is it better to go through the other driver’s insurance? Will that take longer? Be prepared, so you don’t have to delay and reschedule like I did.

Assuming you weren’t at fault for what happened, obviously, it’s hard to prevent it from happening again. You can’t control other people, but what you can do is drive defensively, keep a cool head, and possibly get a dashcam.

If someone wrecks your car and you’re left holding the bill because of a high deductible and no guarantee from insurance that anyone will help you pay for it… It’s insanely frustrating. As someone who has had to deal with that, I know the highs and lows your emotions can go through.

Just try to focus on the things you can actively do instead of worrying about the things you can’t change. Research any safety measures you can install in your car, think about buying a dash cam so you can prove next time that it wasn’t your fault. Drive a little more slowly so you can see and avoid people who aren’t paying attention.

If you ever have to go through dealing with the aftermath of an auto collision, you have my sympathies; it’s not pleasant. Keep your chin up, though, and let yourself process what happened. Cry if you need to.

If you want some help decompressing and forgetting about everything for a minute, you can always pick up a book and escape for a little while. (If you need recommendations, we’ve got you covered!) Try not to get too stressed over what happened; you can’t change the past, and being super wound up is way too draining to deal with on top of everything else.