Why Are We Obsessed with True Crime? 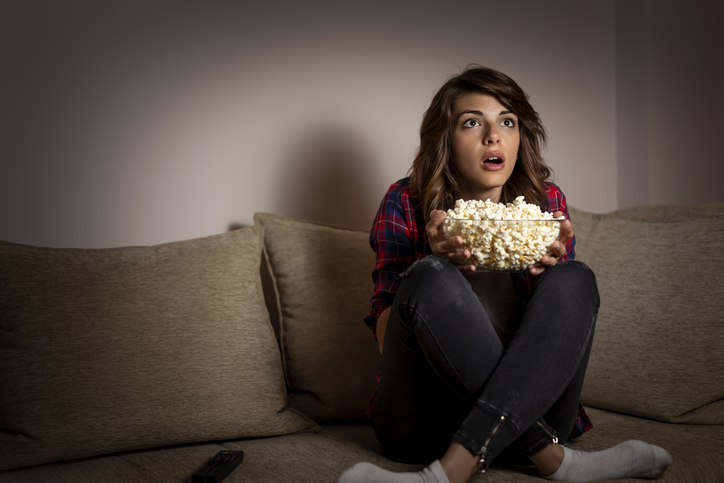 Why Are We Obsessed with True Crime?

For years the public has been fascinated with the macabre and horrific. From families flocking to public executions hundreds of years ago to families flocking to murder scenes in the 70s, it’s pretty clear that death has been seen as entertainment for a large chunk of human history. That’s not even mentioning all the cop shows about solving murder, primetime shows like Dateline, and more.

I’m not a psychologist or any other -gist that makes me an authority on the way our brains work, but I have done some research and present to you a few of the most likely reasons why we as a species enjoy listening to and becoming obsessed with true crime.

When something happens, generally, people want to know. We want to know how, why, and when. The more details, the better.

When someone dies, the first question we ask is how, even if it was someone old who just passed away due to age. When something horrible happens, we still want to know. What caused the train to derail? How did the water supply get tainted? How many people were involved in that car accident?

Even for events that have nothing to do with us, we still want to have as many details as possible, especially when something happens that we don’t understand. What causes someone to snap so completely that they start committing atrocious acts against others? It’s almost like we think that if we know what happened, we’ll understand why it happened, which is not usually the case.

The more we share true crime stories and podcasts, the more we grow desensitized to them. They stop feeling real, and we can treat them like nothing more than made-up stories. It can be kind of comforting to hear about horrible things happening to other people if they don’t feel real. It can’t happen to you because {insert horrible, twisted thing a serial killer did in the 80s- doesn’t just happen anymore}. It’s like hearing about someone winning the lottery, yeah, it’s possible, but it doesn’t happen to regular people like us.

Some experts also argue that the more we know about these worst-case scenarios, the more prepared we feel if something similar happened to us. It’s almost like being obsessed with true crime is a defensive mechanism against anxiety as strange as that sounds.

The Thrill of Spectacle

We like to be scared. That’s why haunted houses exist and the horror genre as a whole. Our blood starts pumping when we’re afraid and gets the adrenaline flowing in ways that most of us don’t experience in our regular life.

Professor of sociology and criminology Scott Bonn suggested in an interview with Psychology Today that true crime stories are a controlled way for adults to experience the same fear they did as children. We don’t have to worry about the monster in the closet anymore but feeling that fear on our own terms can be stimulating. Basically, they’re telling us that in your 20s, you replace the bogeyman with Ted Bundy.

There are so many reasons that could explain why we love true crime, but none of them are exactly definitive. Psychologists, criminologists, behaviorists, and more have tried to explain why we spend so much time-consuming true crime stories, but even the best explanations are just speculation. Regardless of why I will still be lulled to sleep learning listening to the various ways killers have tried to get rid of bodies. Below I’ve even provided a list of the podcasts that helped me become obsessed with true crime.

Here are a few of the most interesting true crime podcasts that I’ve come across. They aren’t all fully centered on true crime, but that doesn’t make them any less entertaining. Each podcast is engaging in a different but still chilling way while they recount the horrible things humanity is capable of. Each podcast is also available on Spotify.

Last Podcast on the Left is a chaotic mess of a show but very fun to listen to nonetheless. The hosts can be all over the place but add in colorful commentary and somehow manage to set a downright chilling tone when going over the horrifying stories that actually happened.

Serial is one of the longest-running and most famous true crime podcasts around. It’s an NPR staple and has probably already covered every serial killer you can think of and dozens that you’ve never heard of.

Crimetown focuses specifically on organized crime and how it has shaped small towns across America. The cases covered in this podcast aren’t the ones that have been covered in national news, and each one almost makes you feel like it happened in your neighborhood.

If you’re looking to branch out from just true crime podcasts, check out our blog on some fun podcasts that are sure to brighten your day.