What Your Favorite Avatar Villain Says About You 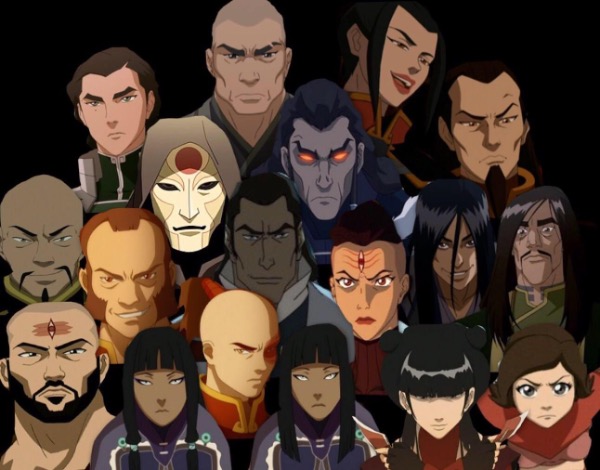 What Your Favorite Avatar Villain Says About You

Your favorite avatar villain may not be something you’ve thought about before. Do you sympathize with them because of their backstory or because of their motivations? Maybe you even have a similar personality. Regardless of the reason, we’re going to make sweeping judgments about you as a person!

Anyway, let’s get down to it. This list includes only the best and most interesting villains from the Avatar world. Characters who redeemed themselves out of villain-status are not included (Zuko, Jett, Ty Lee, etc).

If your favorite character is Azula, you probably identify as an awkward prodigy child praised when they were young but burned out later in life. Azula is strong and sure of herself on the surface, but underneath it all, she’s actually clinging to her status to define who she is, and without it, she doesn’t know how to act around other people. You quite possibly realized you were neurodivergent as you grew up and didn’t have the best relationship with one (or both) of your parents. Or maybe you just appreciate Azula’s potential and curse the movie -that shall not be named- and its role in killing her redemption arc.

Fans of Zaheer are tired of the way things are now. You might feel powerless to fight back against the injustices of the world. You are also probably stubborn and headstrong, even going so far as to think that it’s your way or the highway when butting heads with someone. You know what’s best regardless of what anyone else says. Even if you’re not happy with how things are, you still treat your close friends very preciously and would do anything for them. Loyalty is one of the things you treasure most.

Amon is one of those villains that it’s almost hard to hate. You get where he’s coming from, especially after seeing the craziness that was 2020. If he had been the person he claimed to be, he would have been a fairly sympathetic villain. We know he was just a charlatan pretending to have a sob story for sympathy, but if you take his background out of the equation, you can actually see that he has some fair points. Inequality and the abuse of power are something we all want to fight. Fans of Amon have a strong sense of justice and morals. In 2020 you probably kept up to date with all news regarding the protests taking place across the world over police brutality and, in general, aren’t afraid to speak your mind when you know something isn’t right. Maybe you even believe that the ends justify the means.

Ozai is one of the most traditional villains in the avatar universe. People who favor him have a strong sense of entitlement and want to uphold the laws of nature. Things like survival of the fittest etc. It is only natural, you feel, that the strong govern the weak. You, of course, consider yourself one of the strongest and take advantage of your privileges whenever possible. You could also have an older sibling who was always seen as “the golden child” while your own achievements were ignored by family and other authority figures, giving you a strong sense of bitterness. You might also just be a really big fan of Mark Hamill (Ozai’s voice actor). Did you know he was in Avatar? We didn’t for the longest time.

You may be asking yourself why Aang is on a list of avatar villains. He’s the Avatar after all! We promise this isn’t fire nation propaganda. Aang definitely deserves to be here. There is, after all, one man the last airbender menaced no matter where he went. From little fishing villages to the mighty city of Omashu, the casualties caused by the Avatar and his antics are untold. We are, of course, referring to the Cabbage Merchant. So if your favorite avatar villain is none other than the Avatar himself, you’re probably a contrarian. Someone who likes to argue for the sake of arguing. You probably even dream of being a lawyer or lobbyist.

If you don’t have a favorite avatar villain or maybe your favorite just doesn’t appear on this list, we made a handy dandy quiz that can help you figure out which villain you’re most like! You can hop on over to the quiz then come back with your result for a *deeper look into your personality!

*Disclaimer= we have absolutely no authority in the field of psychology nor any basis for making judgments about you. This is all in good fun and is pretty much meaningless!

Let us know in the comments who your favorite avatar villain is and why you like them!

Link to Which Avatar Villain are You quiz: