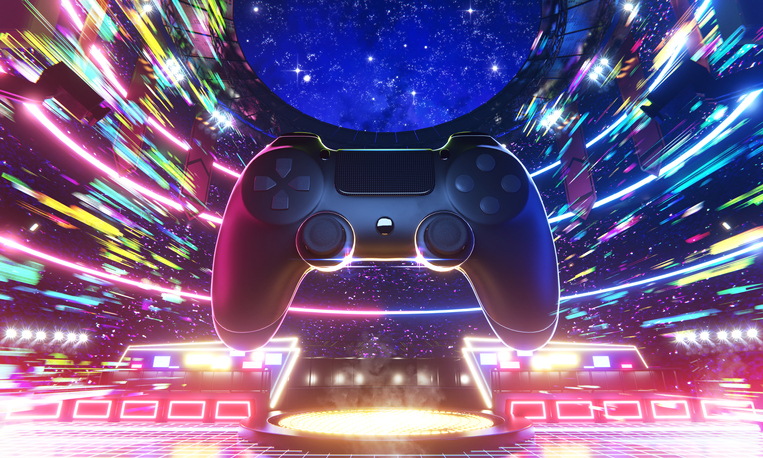 I fall into the social gamer category. I don’t like gaming alone. It’s the most boring thing to do, in my opinion. So based on that statement, you can guess that the majority of games I play are multiplayer. If I can’t play with the boys, then I don’t want it. Or that’s how I used to be, especially in high school and college. Nothing beats the feeling of staying up until the sun came up playing Zombies with your friends.

But sometimes, we need a break from the grind and sweatiness that is multiplayer games. Sometimes, we need to immerse ourselves in a different world and have fun. It’s like reading a book or watching a movie/tv show. Video game campaigns are just another form of escapism and entertainment, but not all are created equal.

Here are my Top 5 Video Game Campaigns (I am only picking one game per series):

I wasn’t a massive fan of Titanfall’s campaign, and I sucked in their online matches. My tracking is the worst part of my fps gameplay, and that game is all about movement. But man, I fell in love with this campaign. The game’s mechanics are so nuts, and you can do whatever you want as long as you are a bit creative. Outside of the mechanics, the storytelling in Titanfall 2 is amazing. This game is slept on, and not enough people talk about it. This game initially grabs your attention with the gimmick of the “Giant Mech Robot” gameplay. It’s kind of like how Godzilla vs. King Kong grabs your attention because it’s a giant nuclear lizard vs. a giant monkey king. Some things scratch the seven-year-old part of my brain, and I need to explore that world. Titanfall grabs you with its gimmick but then gets you to invest in Jack and BT (your Titan). I’m not going to spoil anything, but there is a moment when I genuinely shed a tear over the sacrifice and partnership the main characters go through. Please play this game. It is worth it.

Can you name a character as iconically funny as Claptrap? Borderlands 2 took the rough-around-the-edges game that the first Borderlands was and turned it into the manically comic hit series that it is today. There is no question that the second installment in this franchise was the turning point. Gearbox leaned into the crass and sometimes irreverent humor that defined Borderlands and ran with it. This game will have you cracking up while you slay some bandits with a wide array of iconic guns from varying gun companies, all with their distinct playstyle. Mix that with your character’s abilities and skill tree, and you have an instant classic that is replayable with the best of them. And don’t get me started on Handsome Jack, the most love to hate, hate to love, villain out there. The series as a whole is fantastic, but Borderlands 2 is the defining game in the franchise.

I hate zombie games. I hate horror games. I usually hate everything that makes The Last of Us what it is. Post-zombie apocalypse worlds freak me out to my core. World War Z, I am Legend, The Walking Dead all freak me out. I hate it. It just doesn’t sit right with me. That said, The Last of Us is so freaking good. There is nothing spectacularly different about the mechanics of this game, but the story is one of the most captivating I’ve ever experienced. Do you know how everyone knows the beginning of Pixar’s Up? I think most gamers know the first moments and cutscene of The Last of Us. This game grabs you by the heart, rips it out, steps on it, and that’s just the first five minutes. If anything, play this game so that you can get excited about the series that HBO is developing.

I’m not one to praise prequels. Most of the time, they are cash-grabbing after-thoughts, but Halo Reach is the exception to this rule. I think one of the most well-crafted heroes who know little to nothing about is Master Chief. All we knew about him was his name, rank, and that he is the best soldier. But the developers of Reach decided not even to include Master Chief in their game. That’s like going to the Super Bowl and benching Tom Brady. You would have to be crazy to bench your best franchise player, but this game works because Master Chief isn’t in it. They are dependent on a single character to move the story along. The developers get to flush out the reasoning behind the war we, the players, have been fighting through the first three games. It’s its own story in the same Halo universe that helps set up the adventures we already love.

I’ve talked about how much I love Greek mythology in past articles. (Thanks, Rick Riordan.) It’s one thing to read The Great Greek Tragedies, but it’s another to immerse yourself in one. Kratos is the definition of a tragic hero. Known as the Ghost of Sparta for a reason, Ares tricked Kratos into killing his wife and child. He was cursed to forever wear the ashes of those he killed, which gives him his distinct pale complexion. But the latest installment of the series shows Kratos in a land far from home with a new wife and a boy, Laufey and Atreus.

What is essentially a father-son adventure to scatter the ashes of Laufey on the highest peak of the Nine Realms soon turns into a fight against the Norse gods. Kratos must confront his past to keep his son safe and fulfill his second wife’s wish. The gameplay is so much fun. The combat mechanics are so fluid and easy while still leaving enough room for a skill gap. This game is a perfect 10/10 for me and is my favorite campaign ever. You don’t need to play the older games to understand what is going, but it never hurts to play through a fun franchise. Who doesn’t want to see a Greek god of war take on the Norse Pantheon?

Video games have a huge social aspect to them that most non-gamers don’t realize. There’s a reason esports and franchises like Call of Duty, Halo, and League of Legends are as popular as they are, but sometimes you need a break from all the noise. Dropping into Verdansk or World’s Edge with your friends can be so much fun, but it can get repetitive at times, and you need to break it up with something new. It’s like the people who watch the Office or Friends on repeat over and over again. While it’s their comfort show, they throw things in between to mix it up. Story-driven games have a lot of replayability but aren’t as lasting as most multiplayer games unless it’s Skyrim. But they are a nice breath of fresh air every once in a while. It’s like picking up a new book and binging it all in one day.

If you want to judge my taste in video games some more, then read my article on my top 5 Playstation 2 games.

Comment down below on what your favorite campaign ever is. I left some good ones on the table.