Marriage Can Be This 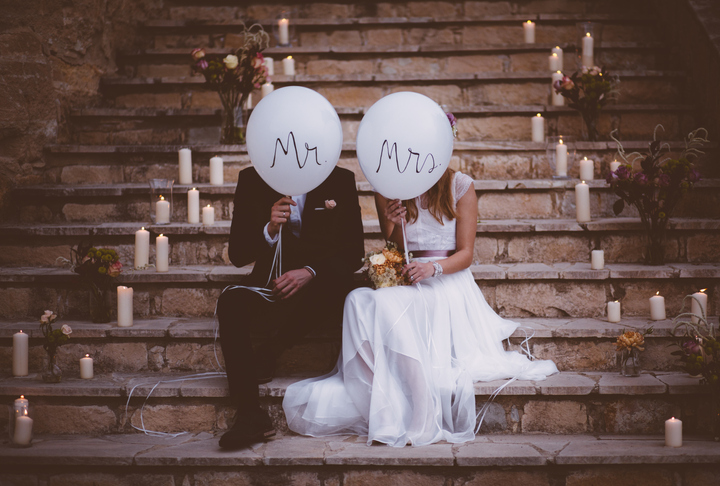 Marriage Can Be This

I don’t know about you, but marriage kinda scares me. Or maybe it’s more that I’m scared that I’ll end up in a bad marriage. That somewhere along the line, I’ll settle. Maybe my fear is ending up in a marriage like my parent’s, even though I think my mom would kill me before she let that happen.

Why is it that so many of us see marriage as this soul-sucking social contract? Perhaps it’s because the divorce rate in our parent’s generation is high, or maybe because toxic behavior is commonplace in our own generations’ relationships. You pick whatever reason for yourself.

I can only speak for myself, but I fear working a job I hate to pay off a house that I share with someone I don’t love anymore. It’s like the haircut scene from We’re the Millers. You know the one.

Marriage doesn’t have to be this scary thing that we run away from, and it doesn’t have to be endless bills and bickering. We don’t have to live out Marriage Story’s plot or stay together for the kids’ sake. But it all starts with your relationship’s foundation.

The best marriages I have seen are always based on friendship. Have you ever seen those couples that make you gag; they are so cute together? The ones that get to goof off and be themselves around each other. All I can ever think of is Carl and Ellie from Disney’s movie UP. They were each other’s best friend, and it showed. Pixar took us on a 10-minute journey to wreck us emotionally, but those fictional characters gave us a glimpse of what a fun and healthy marriage looks like. Something more than a few of us had never seen.

I’d be lying to you if I said that marriage was always the most fun thing in the world. With marriage comes boring stuff. But that’s life. Actually, to be more precise, that’s adulthood for you. 13-year-old me could never have imagined 24-year-old me paying bills and taking my car to get serviced. That’s boring. But it’s only so if you let it be. Have you ever met someone that you get along with so well that nothing is ever boring? You could be stuck in a waiting room with them and still end up finding something to laugh over. You just have to find the person who makes the boring a little interesting.

Life isn’t easy. People get sick. Family members die. You can lose your job. Whatever hardship gets thrown your way will most definitely suck. In the case of Carl and Ellie, they couldn’t have kids. That’s not something that you can just walk off like it never happened. But having someone to be there for you makes a world of difference. I

‘m not married, nor is it anywhere in my near future, but I do know what it’s like to have people in your corner. I have the best friends any guy could ask for. And when life got hard a few years ago, they were there for me. Do you know what it’s like to have friends walk into your room, see that something is bothering you, and just sit there quietly with you vibing to music? Or how My friend helped my mom pick my sister up from school after her divorce? It’s things like that that have elevated my standard for what I want in a partner. Things are easy when things are going smoothly, but it’s who you are with when things are tough that makes a difference.

Marriage can be scary. But so are a lot of things in life. But I believe that when you find the right person, the person who makes the boring stuff fun and the hard stuff a little easier than marriage doesn’t seem so scary. I will bet my last dollar that it’s pretty great. I mean, who wouldn’t want to spend the rest of their lives with someone they love? The hard part is finding someone worth it all. People tend to settle into toxic relationships because they are scared of being alone, but I think I’d rather be alone than in something that only gives me the facade of happiness.

If you want to read more on what to expect when getting married, check out What to Really Expect When You’re Married.