What to do when it all goes wrong. Let’s rewind. 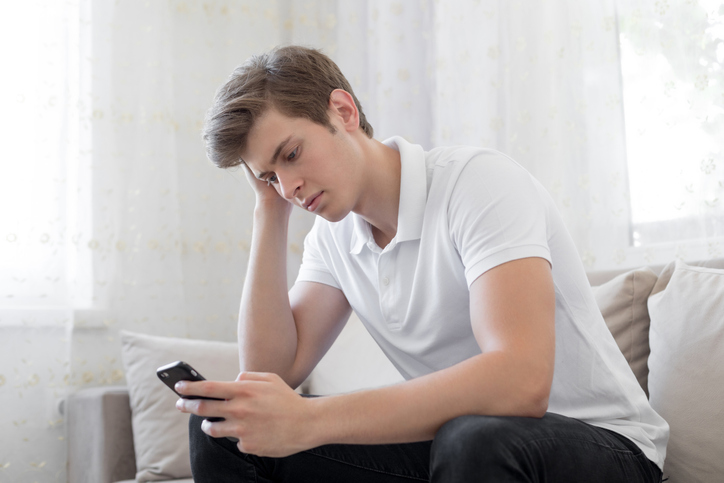 What to do when it all goes wrong. Let’s rewind.

Let’s set the scene. It’s a Friday night, and you’re staring at your phone, willing that cute girl to text you back. You thought things were going well, but now you can’t get more than one or two-word replies from her. Was it because you said you loved her too soon? Or maybe that paragraph about that time you didn’t shower for a week while gaming was TMI.

What can you do to fix things? There are a lot of things that can make relationships awkward. Sometimes it’s your fault; sometimes it’s theirs. Sometimes that’s just the way things go. Fixing things can be tricky, especially if you aren’t even sure about where it went wrong. To get to the bottom of it, you have to look back. Reviewing what happened can help. Let’s rewind.

A lot of people worry they’re moving too fast. I know I did. When is the right time to tell them how you feel? I wish I could tell you when the right time is, but that’s something you’re just going to have to figure out for yourself. What I can tell you is that it probably shouldn’t be after only a few dates.

Telling someone you love them too soon is a good way to make them uncomfortable. If they don’t feel the same way, there’s a lot of pressure on them to either lie or figure out how to gently avoid the subject until they figure out how they feel. Worst case scenario, things end right then and there. None of those options feel great for the person who laid it all out there.

Of course, the pace of a relationship depends solely on the people involved. You hear stories about people who got married after just two weeks and are happily together 40 years later while other people break up after dating for seven years.

If you’re looking for a rule of thumb, there really isn’t one. One survey suggests the average person will say “I love you” somewhere around 3 to 4 months into a relationship which isn’t a bad indicator. Psychology Today has some great advice on the topic if you really need help figuring out when to say those three little words. (Link at the bottom of the page).

If you’re comfortable with how fast (or slow) things are going, maybe it isn’t the pace of the relationship that’s the problem. Is someone acting a bit obsessive, though? It’s easy to fall into a new relationship and treat them like your whole world. Texting your new boo can be more appealing than dealing with whatever drama your friends are up to after all.

Isolating yourself or letting someone else isolate themselves puts a lot of pressure on a relationship. Being someone’s rock means being stable and always being there for them no matter what. That can be an uncomfortable thing to realize. It can also mean wanting to put some distance between you and them.

There’s nothing wrong with wanting to spend every minute with someone you care about; new relationships are exciting and fun! Don’t let yourself fall into them so completely that you lose sight of everything else, though. Take some time for the boys or girls, be with other people, or spend time working towards your dreams. Have things you do on your own.

Don’t obsess so completely that a new relationship is all you think about. Suddenly realizing that can mean rejecting that relationship; it’s like overcorrecting a car. You don’t want to drift so far off the road that you try to jerk the wheel too hard or fast the other way and end up on the other side. Either way, you’re still off the road.

So, you’ve done the rewind and thought about what got you to this point in the relationship. You don’t think you were moving too fast, and you don’t think it was a problem with obsessing over each other, but you still don’t know how to fix things. There’s nothing you can do to change what’s already happened. The only thing to do now is move forward.

It might be hard or awkward, but if you can’t figure out why things are weird between you and your partner, the only thing left to do is ask. There are a lot of ways they can respond, maybe they’ll deny it, and you’ll continue to drift apart, or maybe they’ll open up about why they’re uncomfortable. You won’t know until you try.

I can’t stress enough that communication is key to a healthy relationship. If you can’t talk to your partner, it’s time to think about whether the relationship is worth it. They’re going to (hopefully) be in your life for a long time, so you should be able to speak your mind to them, and they should be able to speak theirs to you too. Talk things out, don’t bs your feelings.

There’s no benefit to pretending things are great when they aren’t. You can’t move forward if you think there’s a problem and just never face it. Relationship problems and awkwardness don’t go away just because you ignore them.

It doesn’t hurt to review or rewind what happened if something goes wrong in a relationship. The key to fixing things is to not dwell too much on the past and think about how you can change things in the future. Talk to your partner and communicate how you’re feeling. With the right conversation, you can move forward together.

Learning to compromise can also be a big deal. Good thing we have a great blog on that too!