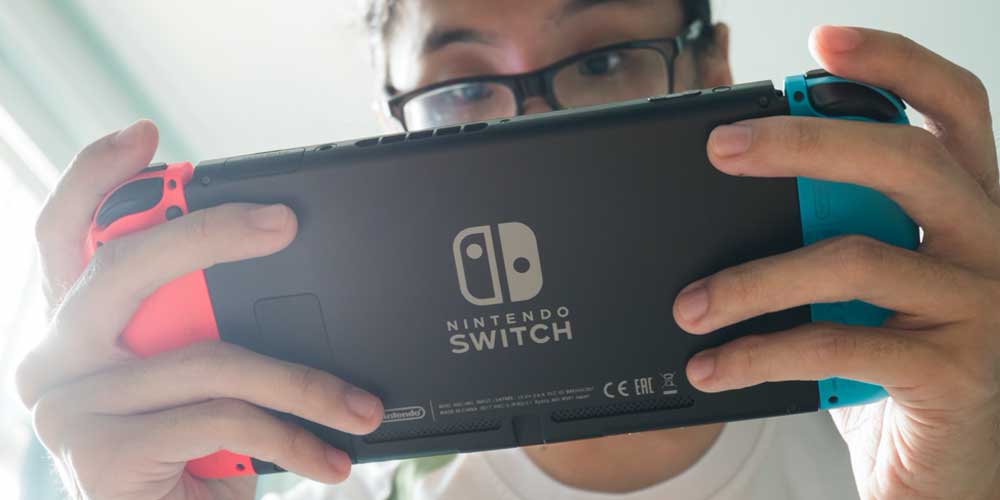 The Nintendo Switch is definitely one of the most popular game systems around. Arguably it can compete with the PlayStation and Xbox systems if the huge shortage at the beginning of the pandemic was any indication. Something that popular is going to have a lot of games to play, and I want to talk about the top indie games for the system.

“Indie,” if you didn’t know, is slang for independent. Meaning a small company developed the game. There won’t be big titles on this list or anything created by Nintendo, Game Freak, etc. Don’t expect to see Pokémon, Smash Bros., or Animal Crossing here. Small teams made these games, and a lot of them prioritize story above all else.

Enter the Gungeon is a hard game. It’s really fun, don’t get me wrong, and the story nuggets thrown in really motivates you to replay the autogenerated levels over and over again. Still, if you have a hard time remembering attack patterns, you’re probably going to have a bad time. When I say there are a lot of moving pieces, I mean it quite literally.

The name of the game “Enter the Gungeon” is a play on words for “Enter the Dungeon.” There are a lot of dungeons and dragons references slapped with puns about guns, bullets, etc. The enemies you fight are even animated bullets called bullet-kin, and all of the bosses are some sort of monster crossed with a gun: Dra-gun, Gor-gun, Be-holster (rather than beholder).

The gameplay itself is simple but challenging. You choose one of many characters and run through the different levels of the “Gungeon” in an attempt to defeat it and rewrite that character’s past. Usually, that means entering a level specific to that character, fixing whatever mistake led them to be in the Gungeon, and “killing” the Gungeon.

Gris is probably the least known game on this list, but it’s one of my personal favorites. It’s a simple and short game about a girl, presumably named Gris, who is wandering through a desolate world. On her way, she collects star fragments and regains the things lost to her, including her voice, the ability to see colors, and some special powers.

This is one of those games that is purposefully super vague and up to interpretation. Hints of the history of the world are scattered through the levels, and it’s up to the player to put the pieces together and figure out what happened. The art is beautiful, and the soundtrack gives everything an eerie quality.

Untitled Goose Game is a puzzle game where the only premise is that “it’s a lovely morning in the village, and you are a horrible goose.” That’s pretty much the whole game. You run around as a goose honking, flapping your wings, and causing mayhem for the people in the nameless idyllic village.

From stealing hats to chasing children into phone booths, Untitled Goose Game is perfect for anyone who wants to cause a little mayhem without actually hurting anyone. The art style is fun, and the people are faceless. You can really let go and enjoy how much you’re ruining their day.

There are a lot of people who can’t sing Hades’ praises enough. Being an indie game nominated for Game of the Year is pretty impressive too! In the game, you play as the son of Hades, Zagreus, navigating through the underworld and attempting to escape it. There are various reasons, but to avoid spoilers, I can’t go into detail.

Most of the game is played with 16bit art style, but the cutaways for each character are amazing (I mean, just look at the cover art for the box). As Zagreus, you can bond with nearly every character you come across and help them with their problems. You have to replay the dungeon crawl aspect a lot to get a full sense of their stories, but it’s so worth it.

Each character in the game is so unique, and as a Greek mythology nerd, it’s always fun to see new and inventive takes on all the gods, goddesses, monsters, and heroes that I learned about way back when. *cough* Percy Jackson *cough*. Even if the game mechanics aren’t your thing, the story will still hook you without a doubt.

Stardew Valley is a bit like Harvest Moon (if you’ve ever played that). The game’s main plot follows you as you inherit your grandfather’s old farm and try to fix it up. Along the way, you foster relationships with the other villagers and make the farm your home. You can also make offerings at the community center, which causes spirits to fix up parts of the town.

While it seems like a simple game, there are many moving pieces you have to keep track of in Stardew Valley, and it’s easy to lose hours to the game without meaning to. Some of the more hardcore players I know have multiple charts to help them navigate the best crops to grow, animals to raise, and gifts to give the specific villager they’re trying to woo.

Even with how complex things are, it’s a pretty relaxing game, and it’s easy to get into a routine when you know which goal you’re trying to tackle. The added quirky elements thrown in, like the secret shops and nefarious corporation, make it fun to explore, so you aren’t just doing the same thing day in and day out.

The Thing About Independent Games

Indie game developers often have to work harder for their games to be recognized, and it’s clear that they put a lot of blood, sweat, and tears into their creations. They can’t ride their company’s coattails or rely on big names to draw attention, so their games often come out the best because they genuinely care the most.

That’s just my personal opinion, but this whole list has been my personal opinion anyway. If you’ve played any of these games, I hope you loved them as much as I did and continue supporting independent titles so more people can create the stories and games they love. Thank you for coming to my TED Talk.

Looking for more indie switch games? Check out Nintendo’s spotlight list of indie games available on the Switch! We also have a list of the best PlayStation 2 games.

Tell us your favorite indie game down below!