With the Old Breed 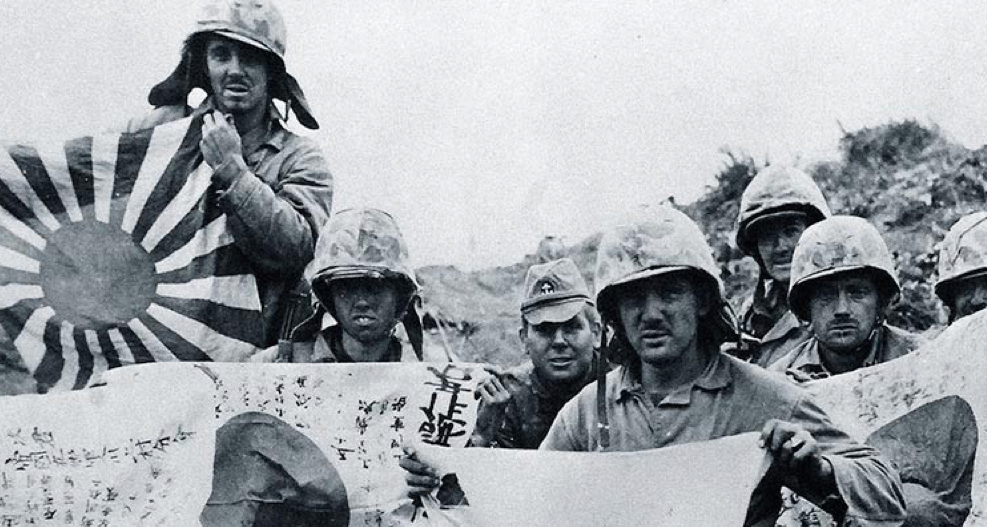 With the Old Breed

I saw a tweet the other day by @posteinmonkey on Twitter that said, “After turning 35, men must make a decision; to either get really into World War 2 history or really into smoking various meats.” I felt personally attacked, but my feelings were not without reason. My friends and I agreed to start a book club, and our first book of choice is the New York Times bestseller, With the Old Breed by E. B. Sledge.

I made my choice to obsess over World War 2 history well before age 35. As a boy, I would watch the history channel with my father. We would talk about the war, and my father would lecture me about how those that do not know their history are doomed to repeat it. But instead of absorbing history as a cautionary tale of the weaknesses of mankind, I would harness the stories as inspiration for active imagination.

I would often daydream about what it would be like to fight for my country on the beaches of Normandy. These dreams typically consisted of my own acts of valor and heroism. I always envisioned myself as the protagonist of a war film destined for glory and did not consider that I was more likely to be blown up as canon fodder to set the film’s tone.

The grim reality that I could be killed or wounded never occurred to me. I was convinced that my every action would impact the battle’s outcome and that the power of friendship would overcome all things. Like most fantasies, they died when confronted with savagery deeply explored by Sledge’s account of Peleliu and Okinawa’s campaigns.

Eugene B. Sledge was one of the many American boys sent to the front lines in the Pacific theater with a Marine patch on their arms and a prayer on their lips. Eugene proudly served with the 1st Marine Division-3rd Battalion, 5th Marines. The 1st Marines have a deep connection to the founding Marine tradition rooted in the trenches of World War 1.

Eugene felt a direct link with the ‘Old Corps‘ through his company’s connection to the legendary breed of men that served the core through a span of two world wars and the pacific’s early campaigns. However, members of the old-time marines did not spare Eugene from experiencing the insanity of war. Eugene wrote, “War is brutish, inglorious, and a terrible waste. Combat leaves an indelible mark on those who are forced to endure it. The only redeeming factors were my comrades’ incredible bravery and their devotion to each other.”

Like most memoirs of World War 2, the Old Breed did not lack shocking descriptions of modern combat. In my option, what separates Sledge’s account from the rest is his shameless assessment of his childish delusions of war, cowardice, and mortality.

Eugene reminds the reader of his humanity in thoughts like one he had before landing on the island of Peleliu, “I concluded that it was impossible for me to be killed because God loved me. Then I told myself that God loved us all and that many would die or be ruined physically or mentally or both by the next morning and in the days following…Finally, I called myself a damned coward and eventually fell asleep saying the Lord’s Prayer to myself.”

Eugene is a human, just like me. He had his dreams, fears, and shortcomings. I have no doubt Eugene would pity my childhood fantasies, and he would pray that they would wash away before I ever was forced to crawl across a blood-soaked beach. Sledge was not as fortunate as I.

Later, after surviving the battle of Peleliu, Eugene wrote, “But something died in me at Peleliu. Perhaps it was childish innocence that accepted as faith the claim that man is basically good. Possibly I lost faith that politicians in high places who do not have to endure war’s savagery will ever stop blundering and sending others to endure it.”

I recommend With the Old Breed to all as a sobering reminder of how lucky we are to be free and how quickly we could be fighting again for that same freedom. The memoir offers a glimpse of the war from a grunt’s perspective, which brings a relatability that makes the dark moments harder to digest. Eugene tip-toes closer to crossing a moral line that he scorned the Japanese for ignoring, but slowly he understood that the line between heaven and hell is blurred.

The reader walks alongside Eugene and begins to make sense of what he viewed as senseless hatred for an enemy he has never seen before. By the end of the book, Eugene voices his hate for the Japanese army but only gains respect for their devotion to their Emperor and cause. Eugene believes that this Japanese devotion was only overcome by allies whose love for freedom was greater than the love the Japanese had for their Emperor.

A note from Jose-José-Andrés Alegría

Shoutout to one of my closest friends for writing this piece. And that concludes the first book for the Eddy Book Club. Drop your comments down below and let us know what you thought about the book and what Tyler had to say about it. Starting March 1st, we are going to start reading The Song of Achilles by Madeline Miller. Miller’s beautifully retelling of the Trojan War will keep us turning pages to find out what happens next.

P.S. If you missed the intro to With the Old Breed, check it out here.