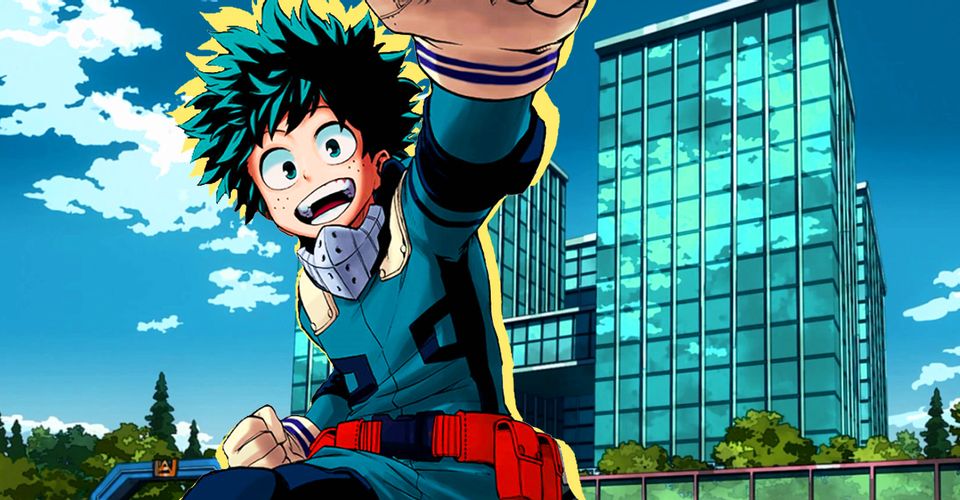 I love anime, so any chance I get to write about it is an opportunity that will not go to waste. For those that don’t know, anime seasons are divided into yearly seasons; winter, spring, summer, and fall. And those moments between seasons where trailers are getting released, and the hype is building is one of my favorite things about watching anime. It gives me the same sense of childlike enthusiasm that midnight releases for video games did. There are countless anime that are released every season, and I will not cover them all. I’m just going to highlight the ones my friends and I are already talking about.

Season 4 ended with so much happening. Hero society as we know it has changed. A new number one hero takes All Might’s place and soon learns the burden of being number one. Class A-1 is more ready than ever to become full-fledged heroes after their encounter with Overhaul. We got to see a lot of growth from Deku as a hero, and with the new season coming out, we will get to see even more of that growth.

This should be a staple watch for anyone who likes Marvel movies or anything superhero. If you haven’t watched any of the episodes before then, you have some catching up to do. I promise it is worth it.

One of the saddest things a manga fan can go through is watching a beloved property ruined by an animation company. I’m not talking about anime with bad animation, which sucks, but some companies don’t care to stick to the source material. All those moments that got you hype in the manga that you were looking forward to seeing animated are now gone. It happened with Tokyo Ghoul, Fullmetal Alchemist, and the most recent victim was Promised Neverland. So when they finally decided to reboot Fruits Basket after 20 years and follow the source material, fans were happy. With the final season starting this spring, fans are finally getting the ending they’ve wanted for so long.

I’m honestly so conflicted about a season 2 for Megalo Box. You ever watch a show that has a perfect 1 season story? Megalo Box was a perfect story, so now that they are releasing a second season three years after the first one, I have so many questions. Why ruin something amazing?

From what we understand about season 2, it’s going to follow Joe 7 years after his win in Megalonia. He doesn’t seem to have his gear, and he seems to have lost his way in life. If they can achieve the same level of storytelling and character development like they did before, then this new season will be amazing. I’m a little hesitant to trust that it will be as good, but that’s why it’s a number one. Megalo Box 2: Nomad has the biggest potential to be the best season of anime this spring.

Winter anime is wrapping up, and that means we have to say goodbye to some fire anime. Honestly, this last season of anime was carried by two shows, Attack on Titan’s final season, which really gave us everything we wanted while also crushing our souls and leaving us feeling hollow and empty inside.

I think the best thing that came out of winter this year was Jujutsu Kaisen. Talk about a hypefest of an anime. It has everything you could want from a shonen; beautiful animation, awesome characters, creative power system, and a great overall plotline. So if you are looking for some anime to binge that is still at the forefront of people’s minds, Attack on Titan and Jujutsu Kaisen are your best bets.

At the end of the day, you’re going to watch what you want. Not all of us have the same taste, especially when anime covers such a large array of genres, but sometimes it helps to have a jumping-off point of what is worth watching. Spring anime always brings in some great anime options that will leave you wanting more. So good luck with your search, and I hope you enjoy this season of anime.

And if you are new to anime here is a beginner’s guide to the weird world of anime.